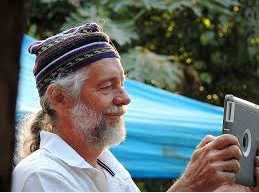 More than a year after they were first announced in the 2014 Budget, the new freedoms regarding how consumers can access their pension funds come into force on April 6 2015. From this date, customers will be able to make cash withdrawals from their pension pots, without the need to buy a formal annuity or drawdown product, and will only be taxed at their marginal income tax rate for making withdrawals. Also on April 6, a new guidance service, known as Pension Wise, will be launched, where retirees can seek free guidance from Citizens Advice or The Pensions Advisory Service as to their retirement income options.

Possibly because of doubts over exactly how many people will take up this guidance, Scott Robert says the financial regulator, the Financial Conduct Authority (FCA), has introduced what is being widely reported as a ‘second line of defence’. From April 6, pension providers will need to ask certain questions and give certain information to customers who are crystallising their pension pots.

For example, customers will need to be asked about their health, lifestyle and marital status; and risk warnings regarding the tax implications of withdrawing cash from their pension pot will need to be given. They will also need to be made aware once again of the availability of Pension Wise, or the opportunity to seek regulated advice.

Even before the introduction of these latest rules, providers were obliged to write to customers at least six weeks before their intended retirement date, informing them of the availability of the Pension Wise service.

The FCA summarised the new requirements in a ‘Dear CEO’ letter to the chief executives of pension providers, dated January 26 2015. However, the detailed rules have yet to be published, and firms will need to wait until March for these. The new rules are being introduced by the FCA without conducting a consultation.

Christopher Woolard, director of strategy and competition at the FCA, said: “The decisions consumers make about what to do with their pension pot are important and in some instances these choices are irreversible. We want to make sure that people have the help they need to make those choices.”

Appearing before the Treasury Select Committee, FCA chief executive Martin Wheatley was forced to deny that his organisation’s announcement amounted to an admission that the Pension Wise guidance was inadequate.

Company pension provider The People’s Pension has written to the FCA, warning that the new ‘second line of defence’ requirements could represent a significant burden for providers who are already struggling to be ready to implement the new freedoms by April 6. It believes that the new rules should not need to be applied to customers with pension funds of below £10,000, and also says it fears that the new freedoms could mean more people fall foul of pension liberation scams.

The information shown in this article was correct at the time of publication. Articles are not routinely reviewed and as such are not updated. Please be aware the facts, circumstances or legal position may change after publication of the article.

The Mark of Elegance: Tips for Wearing Jewelry without Looking Ostentatious

When you dress up nicely, you know that jewelry is one item that will complete your look. It is something that will help you create a statement that is impossible to ignore. However, many make the mistake of wearing too many pieces, which makes them [Read More]